It’s normal tendency that you get irritated when you aren’t able to open a PSD file, on which you had spent lot of time in editing. The reason behind inaccessibility is the corruption of PSD file, but don’t get disappointed as you will be able to solve this issue without much difficulty. So what should be your next step in order to get access to your PSD file? Well, you can download our renowned PSD Repair Software which can easily fix the PSD files that are corrupted or damaged. 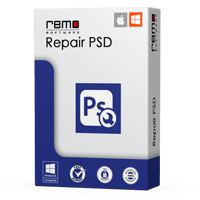 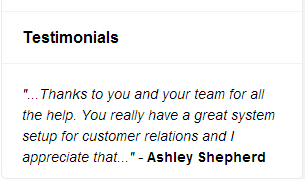 Everyone today loves dressing up for different occasions of their life. In these occasions, one can never miss taking pictures. Some people treasure these photos for the lifetime since it means a lot to them. Pictures are captured by making use of a large range of digital cameras.  However, due to lack of high-resolutions, some cameras may not be able to click good images in night vision. To edit these photos, we have a wide range of photo editing tools that are found on the internet. One of the most popular one among it is the Adobe Photoshop.

Adobe Photoshop is famous photo-editing application that is loved and accepted by many people. This app lets you edit your existing photos or create new ones. By its use, you can increase the brightness of photos, change its background, add effects and other additional photos and make your images attractive than before. It also lets you to change the existing colors on the photos and makes the photos even more lovable. Generally, the photos created by this software is saved is .psd format. These PSD files can only be viewed if you have an installed Photoshop application on your system. Think of a case, where you created a marvelous poster for a big event. Due to a certain event, the PSD file you created got damaged and shows an inaccessibility error. What will you do now? Be calm!! Now it is possible to fix such corrupted PSD file using PSD Repair tool.


Check the below pages in order to repair PSD files:

PSD repair software for Mac: Mac is one of the operating system that gained a huge popularity in limited time. Its attractive graphical user interface made the system simple and easy to use. Eventually, after Adobe Photoshop was launched for Windows, Adobe Photoshop was developed for Mac. It had the functionality as in Windows. As a result of certain data disasters, the PSD files saved on Mac gets corrupted and you may not be able to access it. In such case make use of PSD Repair Utility to get it fixed

Repair Photoshop CS6 File: After the launch, the Photoshop was loved by many which caused the development of new versions. Adobe Photoshop CS6 was one among the popular version. This version was developed with enriched and advanced features than the previous CS5 version. But the same problem was faced that is PSD file corruption. If you have a CS5 corrupted file then PSD Repair application is the right tool to repair it.

Repair Photoshop Elements:  Photoshop creates a PSD file in different layers. These layers assist users to edit each layer of the image and make them attractive. Sometimes, the created photo elements can undergo damage and make the picture unpleasant for a view. In such a situation using PSD Repair software will be a convenient method to fix PSD files. PSD Repair app is best to repair PSD file in all possible scenarios

How to repair broken PSD?: This is a most common query among the Photoshop users. PSD files that are created and saved on computers can undergo file damage due to certain incidents like virus infection, abnormal system termination, improper usage, by third-party application etc. You need an effective tool to repair PSD File. During such times PSD Repair utility can come for your aid to fix PSD file corruption in an effective way

How to run the software to repair PSD file?

Step #1: Download and open the Repair PSD File application on your PC

Step #2: Specify the Photoshop file that needs to be fixed by clicking over the Browse button

Step #3: Up next, hit on the Repair button

Step #5: Select an appropriate storage location to save the file

Similar to PSD file, PST is also an important file which holds all the info related to your MS Outlook email account. This Outlook file also gets corrupted/PST data becomes inaccessible due to several reasons, and in such situations, you can try out the most preferred and reliable utility called PST Repair software to easily fix corrupted or damaged Outlook data files and recover all Outlook attributes such as emails, contacts, tasks, notes, etc. in a few clicks.